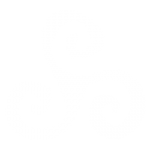 Wareham has long been recognised as an important site, nestling between two rivers and also close to the sea, and so it’s no surprise that its foundations go back over 2000 years. It was once a stronghold for Alfred the Great, and is in fact one of only two Saxon-walled settlements left in the UK. It is ideally placed to explore the beautiful Purbeck peninsula and the Jurassic coast, a world heritage site.

Wareham has seen almost continuous occupation since the end of the last Ice Age over 10,000 years ago. Excavations have produced evidence of early Mesolithic activity dating to around 9000 BC, and have produced the largest assemblage of Middle Bronze Age pottery in this country.

However, due to its location next to the River Frome, Wareham has been under constant threat of invasion. From Romans invaders to Viking raids it is perhaps not surprising that King Alfred the Great ordered the building of the defensive walls that still stand today.  These walls were used again during the English Civil War and were ideally placed for the bloody executions of the Monmouth Rebellion.

Wareham plays an important role in the two World Wars, and later in the century, while it loses industries, it gains thousands of tourists…
Let's go!
Facebook-f Instagram Envelope