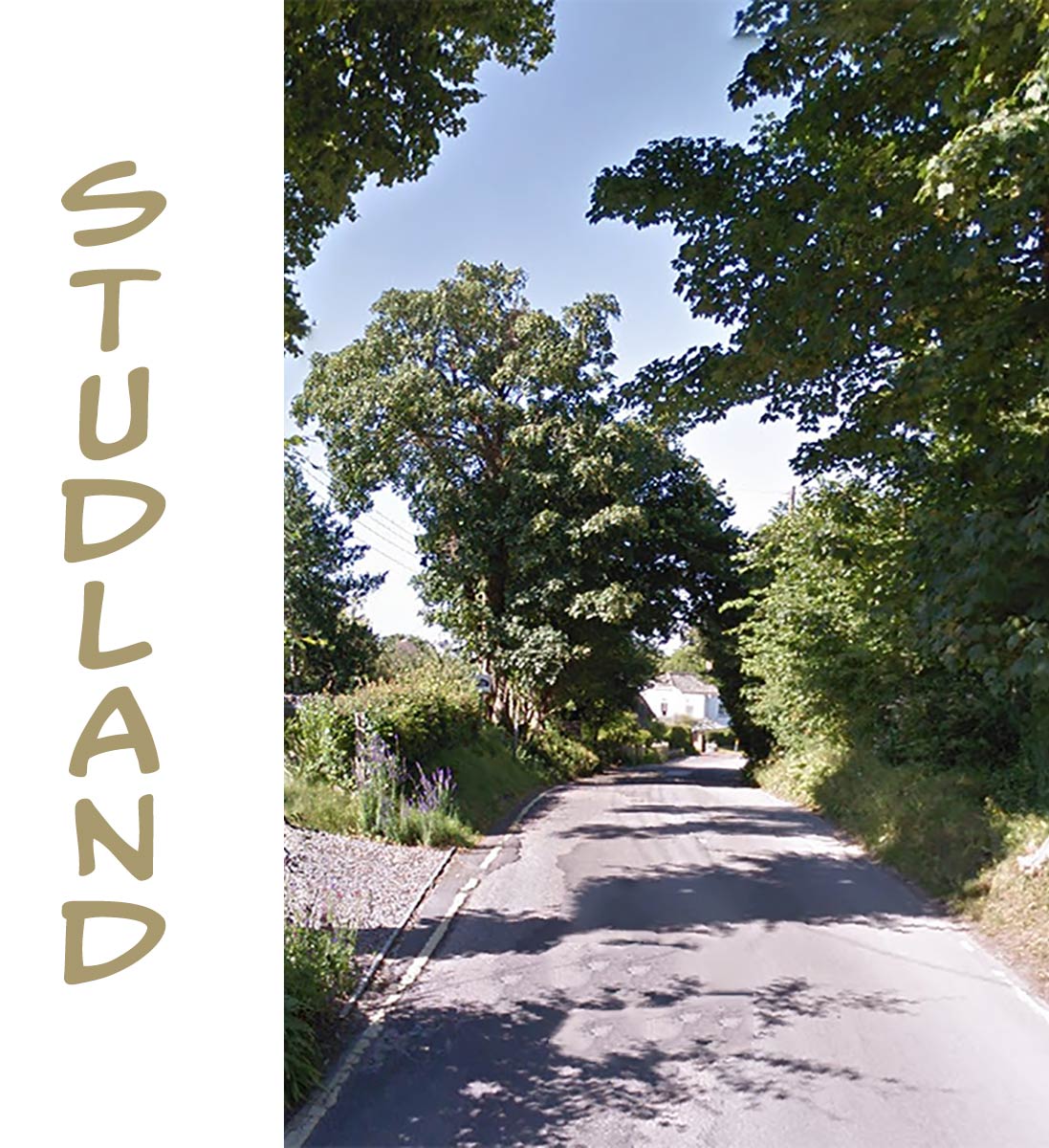 Studland is a small village which boasts some of the most beautiful beaches in Purbeck.

The Origin of the name Studland comes from the old English meaning an area where a herd of horses is kept.

During World War II the coastline around Studland was fortified again German invasion and the beach and village were used as a training area for the D-Day landings. Today many of the houses within the village are holiday homes or guest houses.

Studland’s church, St Nicholas Parish church, is one of the best preserved Norman churches in the country.

Studland boasts the  largest expanse of unspoiled lowland heath in Dorset, with views towards Poole harbour. Owned by the National Trust there are also four miles of natural sandy beaches including Knoll beach and Studland Beach.

Old Harry Rocks can be found nearby, a famous pair of chalk stacks on the Jurassic Coast with amazing views of the surrounding areas of Poole and Bournemouth.

The area is also home to a popular local landmark called the Agglestone Rock, a 400 tonne piece of sandstone.

Studland Bay
The beaches of the Studland peninsula stretch from the boundary of the Jurassic Coast World Heritage Site at Old Harry Rocks north to Shell Bay, where a chain ferry provides a link to Poole and Bournemouth.

South Beach is the smallest and popular with locals, Middle Beach is sheltered by low cliffs while Knoll Beach, backed by a wilderness of dunes, has wide open spaces and includes a one kilometre designated naturist area.
Official website
Godlingston Heath
The wilderness of Studland and Godlingston Heath is the largest expanse of unspoiled lowland heath to survive in Dorset.

As an internationally important example of lowland heath, the area is managed by the National Trust as a designated National Nature Reserve. A wide range of habitats include sand dunes, peat bog, alder and willow carr and the freshwater lagoon of Little Sea, as well as heathland. All six species of native British reptile are to be found here too, including the rare sand lizard and smooth snake.
Official website
Agglestone Rock
Agglestone Rock is a 20 feet high piece of tertiary Sandstone perched upon a conical-shaped hill, estimated to weigh 400 tonnes. The name Agglestone could come from "Aggle" an old Dorset dialect word meaning "to wobble".

The popular local legend is that the Devil threw the rock from the needles on the Isle of Wight in an attempt to hit Corfe Castle. In fact the rock is most likely a natural rock exposure which has weathered over time, although there is a theory that it is a relic of a large quarry.
National Trust link
St Nicholas Parish church
This unique Romanesque Norman building has been here for about 1000 years, but it was built on the site of an earlier Saxon church dating from the beginnings of Christianity in Dorset. It is one of the best preserved Norman churches in the country.
Old Harry Rocks
Old Harry Rocks are a famous pair of chalk stacks on the Jurassic Coast with amazing views of the surrounding areas of Poole and Bournemouth.

The chalk of Old Harry Rocks used to be part of a long stretch of chalk between Purbeck and the Isle of Wight, but remained as a headland after large parts of this seam were eroded away.

Follow the link below for a fascinating pub walk to Harry Rocks.
National Trust link
Previous
Next

Eating out in Studland…

The Pig on the Beach

The Pig on the Beach

'With uninterrupted views of the sea and home grown local produce'

'Charming hotel and restaurant in Studland'

A  20 minute drive from Wareham. You can also take the car ferry from Sandbanks in Poole to Shell Bay. You can catch a bus – number 50 from Swanage to Studland.