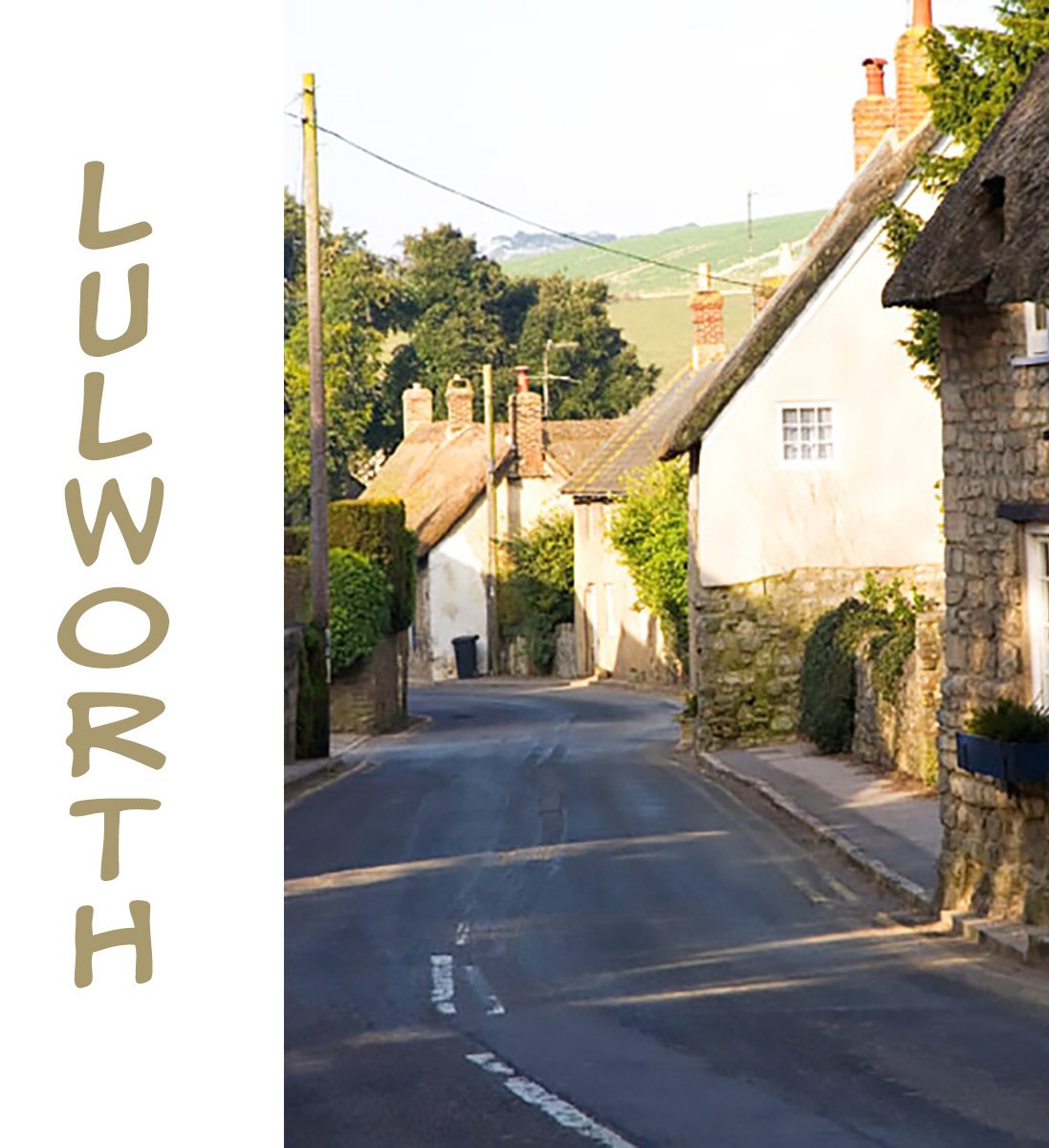 Lulworth contains two of the most famous landmarks of the Jurassic Coast: Durdle Door and Lulworth Cove.

Apart from containing the two iconic landmarks mentioned above, the Lulworth estate (which covers some 20 square miles) also has the 17th century Lulworth Castle. The castle has regular annual events including the well known ‘Camp Bestival‘ music festival.

West Lulworth village has several small hotels, pubs, cafe,  general store as well as the Cove Fish Shop selling fresh fish. East Lulworth village originally grew up around the church but the houses were later demolished to make way for Lulworth Castle’s park and the village was rebuilt outside the park grounds!

There is also the Lulworth British Army Ranges that include the coast west of Kimmeridge Bay to east Lulworth Cove, and the village of Tyneham and Worbarrow Bay.

Lulworth Castle and Park
Set within a 1000 acre extensive parkland is the 17th century Lulworth Castle. Originally built as a hunting lodge to entertain the aristocracy it was ravaged by fire in 1929. Now partly restored and open to the public. With children's playground and tearoom.
Also home to Camp Bestival which attracts 10,000 people every year. There is an admission charges for entry to the Castle and grounds.
Lulworth Cove
One of the finest examples of a natural cove in the world!

Part of the UNESCO world heritage site - the Jurassic Coast. Lulworth Cove has a unique geology and is one of the best places in the world to study geology and its stunning scenery is admired by many thousands of people every year.

Parking is available at a large car park. The Lulworth Cove Visitor Centre nearby has displays telling the story of Lulworth’s geology. The cove is a couple of minutes walk through the Lulworth village towards the coast.
Durdle Door
One of the most famous rock arches in the world. Created by sea errosion of the Portland limestone cliffs around 10,000 years ago! With steps down to the Man O’War beach. On the walk you will see Lulworth Crumple and Stair Hole, an embroyonic cove in formation, which helps understand how Lulworth cove would have looked 10,000 years ago!

Access: You can walk to Durdle Door taking a footpath from the Lulworth Cove car park near the Visitor Centre or for an easier walk you can park at Durdle Door Holiday Park (postcode BH20 5PU) on and walk down to the cliff tops.
Fossil Forest
Step back in time millions of years to see the Fossil Forest at Lulworth. Where an ancient forest from 135 million years ago was flooded and the tree trunks fossilized. You can also see the ripple marks of the ancient beach.

Sadly it is currently inaccessible due to a landslip.
Lulworth Ranges & Wowbarrow Bay
Lulworth Ranges are part of the British Army ranges and include the coast west of Kimmeridge Bay to east Lulworth Cove, Wowbarrow Bay and the village of Tyneham.
The ranges have restricted access but are open to the public most weekends and public holidays when no firing takes place! Follow the link below for updated firing times.
Opening times
Tyneham Village
Tyneham is within the British Army ranges. It was completely evacuated in 1943 so it could be used for military training, particularly the preparations for D-Day. An office was opened in Wareham for the village residents to get advice, and many were re-homed by Wareham Town Council.
After the war it became a ghost village, as residents, despite government promises, were never allowed back again, and the land continued to be used as a military training ground. It's a fascinating place to visit.
Previous
Next

Eating out in Lulworth…

'A stunning inn at the gateway to Lulworth Cove'

The X54 bus runs a service from Wareham to Lulworth which take around 30 minutes (approx 3 buses per day). The bus stops at Lulworth Cove and also the West Lulworth Durdle Door Park Entrance.