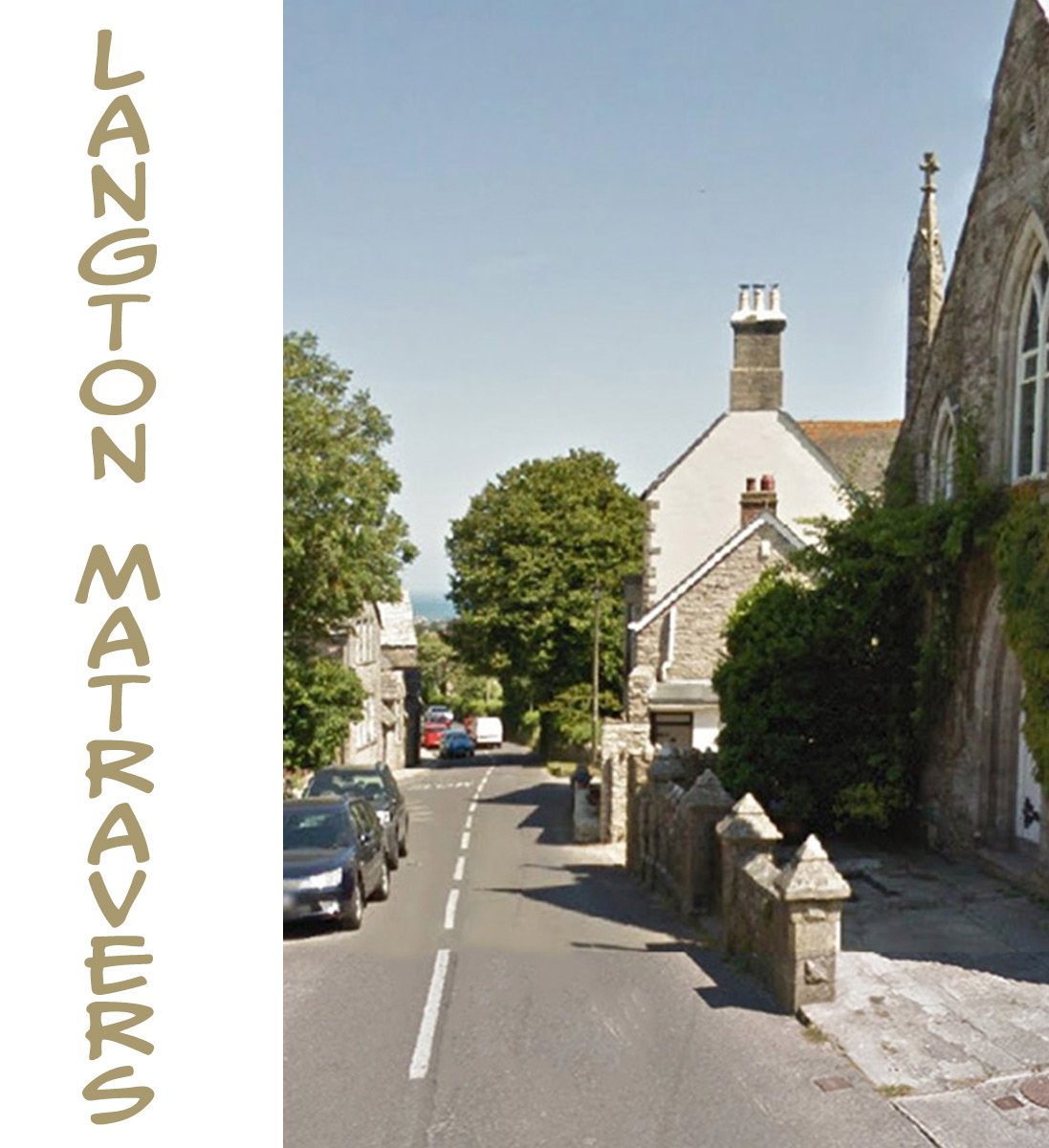 The name Langton originates from ‘Long town’ and Matravers from the name of Lord Mautravers who onced lived there. There are many good footpaths to explore the Purbeck countryside and Jurassic Coast World Heritage sites.

The area around the village is also known for its quarrying industry. Purbeck stone has been used as a traditional building and paving material since Roman times and has been used in the construction of many cathedrals in Britain. Stone was transported to other parts of the country via ‘Dancing Ledge’ just south of the village where the sea off the ledge is deep enough for small ships to approach.

Langton Matravers has a museum dedicated to telling the story of Purbeck limestone. The museum is located in a former Coach House and shows how the local stone was quarried and used. Exhibitions include an audio-visual story of Purbeck stone, as well as an exhibition of items included apprentice pieces and stonemasons’ tools.

There is also the Burngate Stone Carving Centre a few minutes from the village where you can even try out stone carving for yourself.

Langton Matravers, Dorset. BH19 3BE
Tel: 01929 439 405
More info
Keates Quarry Dinosaur Footprints
"More than 140 million years ago, dinosaurs gathered by the shores of a shallow lagoon in what is now Dorset. Incredibly, the tracks they left behind are still there today..."

More than 100 fossilised tracks are preserved in a flat layer of rock at Keates Quarry, probably made by brachiosaurs, the largest land animals that ever lived.


Business Link
Langton Matravers Museum
A small village museum which tells the story of Purbeck Limestone, located in a former Coach House made of Purbeck stone. Exhibitions include an audio-visual story of Purbeck stone, as well as an exhibition of items included apprentice pieces and stonemasons’ tools. The museum is run by the Langton Matravers Local History and Preservaton Society.
Putlake Adventure Farm
'Adventure farm and indoor soft play area for children aged 0-10 years.'

Located at: High Street, Langton Matravers, BH19 3EU.
Telephone: 01929 422917
Business Link
Dancing Ledge
Dancing Ledge is a flat area of rock at the base of a small cliff near Langton Matravers. It is so called because when the waves wash over it, bumps on the surface cause the water to jump about making the ledge appear to dance.

The cliffs above the ledge are a popular climbing location, with a small cliff close to the sea, and a larger limestone cliff set back above this. Note that a little scrambling is required for access. There is a National Trust car park south of the village.
Previous
Next

Eating out in Langton Matravers…

Getting to Langton Matravers…