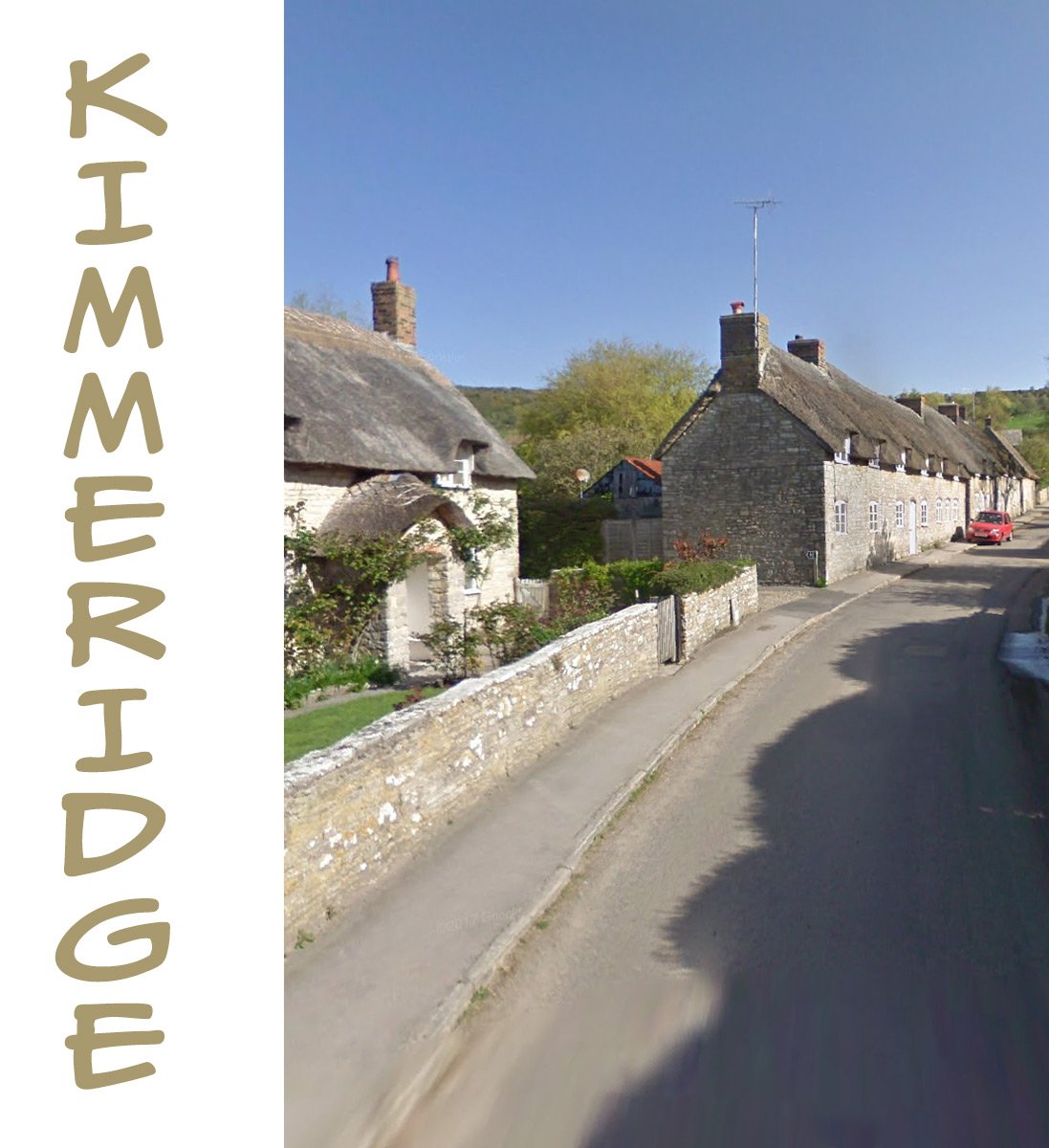 Kimmeridge is a small village probably best known for the nearby coastline which forms part of the Jurassic Coast.

Kimmeridge is located around 4.5 miles south of Wareham. The village is probably best known for its coastline which forms part of the Jurassic Coast, a Natural World Heritage Site. Indeed, it was England’s first such site and was awarded because of the special insight it gives into 185 million years of the Earth’s history. There is a museum nearby based on one man’s lifetime collection of amazing fossils on the Jurassic Coast (see below).

The coastal area is also a site of Special Scientific interest and An Area of Outstanding Natural Beauty and is popular for its scenic cliff top walks.

The cliff top is also the location for the Clavell Tower, built as an observatory and ‘folly’ on Hen Cliff by John Clavell of Smedmore in 1830. It was the model for the Black Tower in P D James’s novel of that name.

Kimmeridge Bay
Around half a mile south west of the village is Kimmeridge bay, an important Jurassic Coast site. The bay is popular with fossil hunters but also has some good, accessible rockpools to explore. There are also a number of lovely coastal path walks with exceptional views (including to the Clavell Tower).
The Etches Collection
'Museum of amazing fossils of the Jurassic coast'

The museum is based on the lifetime collection of Steve Etches from the local area on the Jurassic Coast, a World Heritage Site, especially around Kimmeridge Bay and the Kimmeridge Ledges.

Located at Kimmeridge Bay, BH20 5PE
Business Link
Clavell Tower
On the cliff top around Kimmeridge Bay is Clavell Tower, built as an observatory and 'folly' on Hen Cliff by John Clavell of Smedmore in 1830. It was the model for the Black Tower in P. D. James’s novel of that name.

The tower was in danger of falling into the sea, and in 2006 was moved some 26 metres away from the crumbling clifftop. Today it is hired out as holiday accommodation.
Business Link
Previous
Next

Eating out in Kimmeridge…

Kimmeridge is a 15 minute drive from Wareham. There’s no direct bus route.