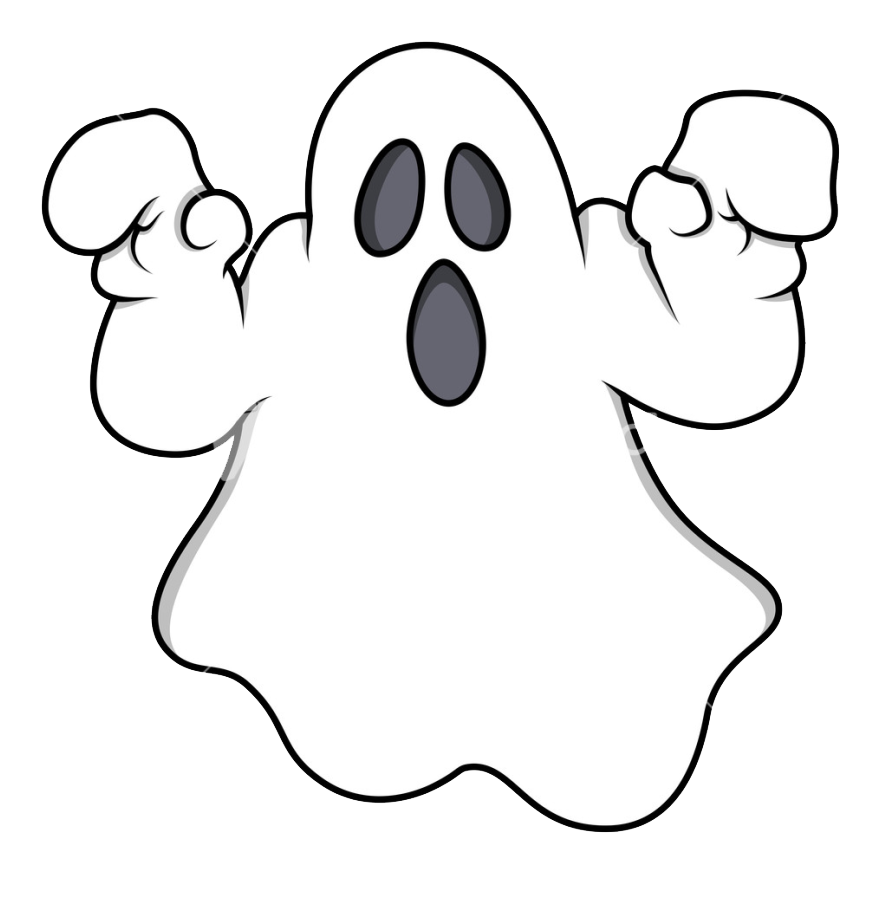 With such an amazing history it is no wonder that Wareham has its fair share of ghost stories. Many well known, old buildings in Wareham are reputed to be haunted. The Bear, an 18th century inn (now a Boutique Hotel and Restaurant) is said by some to be haunted by a ghost called Geoffrey; The Rex Cinema is sometimes visited by the ghost of a soldier and the 16th century Priory Hotel is rumoured to have three ghosts!!

Is there a ghost in St Martin's Church in Wareham?

With such a long history there are probably many ghost stories associated with Wareham. Local writer, Frederick Treves included a couple in his popular Dorset travel guide ‘Highways and Byways in Dorset’. Frederick, born in Dorchester in 1853, was a prominent British surgeon as well as an author. He is credited with saving the life of King Edward VII in 1902 and also for his well known friendship with Joseph Merrick, also known as the ‘Elephant Man’ due to his severe deformities and his book ‘The Elephant Man and Other Reminiscences’ in 1923.

On visiting Wareham Treves was very struck by the spooky appearance of the Church of St Martin’s in the Walls which had been abandoned for some years. He imagined a ghostly apparition being seen through its windows…

‘…in whose bare nave, the voice of the preacher has not been heard for 170 years. The place is weird, empty, vault-like, and eerie with great age. There are traces of unremembered paintings on the wall, sand on the floor, heavy roof timbers hung with spiders’ webs and grey with long-faded mould. The chancel is spanned by a Norman arch, while in the tower – with its single bell – is a Saxon window, and in the body of the chapel are other traces of pre-Norman days.

The last time that the folk of Wareham came to the chapel on the wall was to find a sanctuary there from the great fire. In this ghostly, dusty vacant place, they camped for weeks, while the embers in the streets grew black.
There is a solitary tomb in the church, to the memory of a surgeon, his wife and four children. He practised in Wareham for thirty-seven years, dying in 1791, at the age of eighty-one, from an ‘apoplectic fit’. His wife succumbed in 1786 to a ‘typhus fever.’

How the doctor came to be buried in this forgotten place no record tells, for when he died the church had already been deserted for half a century. He and his family are here alone, and it is a matter of wonder that no one has seen through the chancel window, on some dreary night, the ghost of the surgeon lamenting his loneliness.’

Read more about the ancient Saxon church of St Martins. 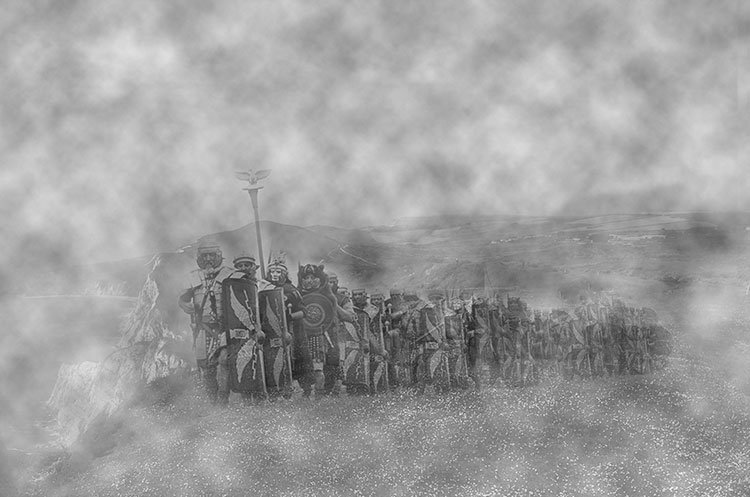 Who was this phantom army ?!

In 1678 a ghostly, phantom army is said to have marched towards Wareham from the old iron age hill fort of Flowers Barrow. This strange episode in Wareham’s history is recorded in the ‘History and Antiquities of the County of Dorset’ by the Revd John Hutchins. Frederick Treves of Highways and Byways of Dorset also recounts this eerie story …

‘The very last call to arms to which the poor, war torn , battered town of Wareham responded was the most remarkable summons of all. Possibly no garrison every sprang to its feet and manned its trampled ramparts in obedience to a cry more astonishing. It was to repel a phantom army, which was creeping upon the town like a deadly mist, that men of Wareham rose and rushed into the streets, buckling on their swords and priming their pistols.

The warning came at the close of a winter’s day in this wise. Between Wareham and the sea is a height called Grange Hill. It is on the way to the old Celtic camp of Flowers Barrow, which crowns the white cliffs of Warbarrow Bay. One evening in December, 1678, Captain John Lawrence of Creech, his brother, four clay-cutters, with other simple folk, were struck with horror at the sight of several thousand of armed men marching over Grange Hill from Flowers Barrow.

The brothers Lawrence and the clay cutters ran for their lives to Wareham to alarm that often alarmed town. Wareham was prompt. Before the ghostly army could draw in sight three hundred of the militia were called out, the bridge was ‘barricaded’, and all the boats were drawn to the north side of the river.

Captain Lawrence and his brother, being convinced that the safety of England was imperilled, rushed post haste to London and ‘deposed the particulars on oath before the council.’ The loyal county of Dorset, in the meanwhile, called together some thousands of armed volunteers.

Yet nothing nothing came of it all. There was no invading army marching from Warbarrow Bay. In the hurry of the preparations for defence no one seemed to have thought it well to walk over to Grange Hill and take a look at the direful force. The army that was moving that winter’s night upon unhappy Wareham was a fabric of the brain. It is conjectured by some that the delusion was brought about by clouds gliding over the downs , or that the light of the setting sun threw terrifying shadows from the boulders and the gorse bushes on the hill. No doubt the harried folk around Wareham had invading armies ‘on the brain’, had from frequent alarms become frightened at their own shadows, and so were ready to fly to the ramparts to defend themselves from an on-rolling mist.

Captain Lawrence and the clay-cutting visionaries escaped punishment for this inconvenient dreaming of dreams. The story deposed on oath before the Council would have been more readily excused had not the imaginative Lawrence declared that this grey host of formless men approached ‘with great clashing of arms.’ Such was the last call to arms that rang through the streets of Wareham, a trumpet blast that summoned the garrison to fight an army of shadows.’

Interestingly this is not the only incident of a phantom army being seen in the area. In the 1930’s it was reported that a phantom Roman army was seen on a foggy night, marching along Binden Hill to their camp on King’s Hill, with the trampings of the horse and men being heard. Another story speaks of an ‘army of skin-clad folk’ coming down from Flowers Barrow. Or perhaps as Hutchins’ wrote in the ‘History and Antiquities of the County of Dorset’ …

“This phenomenon seems to have been owing to the thick fogs and mists that often hang on the hills in Purbeck, and form grotesque appearances of craggy rocks, and ruins of buildings. At this time the evening sun might glance on these, which, assisted and improved by a strong imagination, caused the spectators to fancy what never existed.” 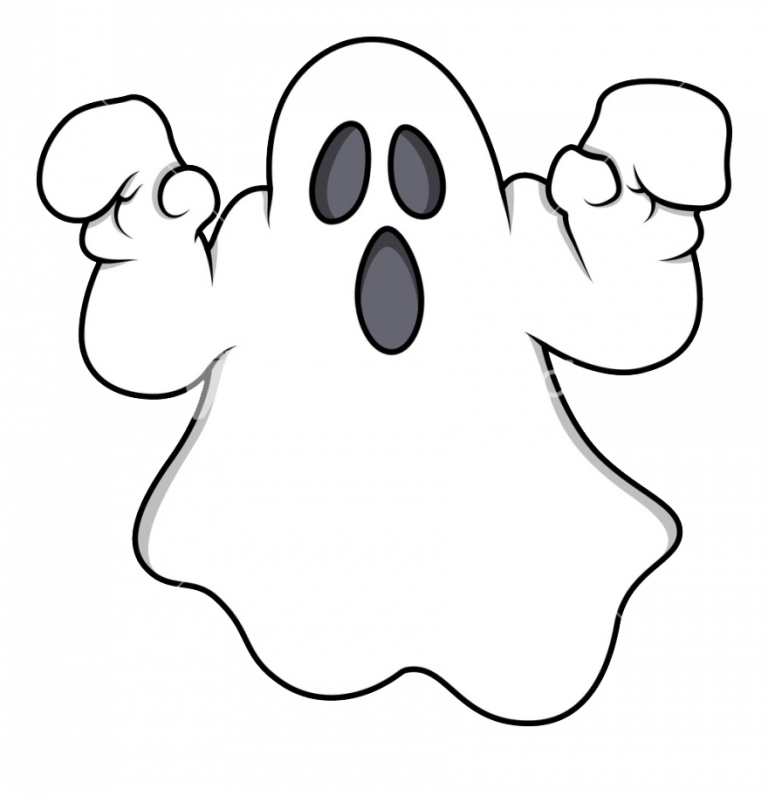 Many famous local landmarks and houses also have their ghostly stories…

In the 17th century Corfe Castle was the home of the Royalist Bankes family. During the civil war they had managed to repel repeated attempts to take the castle by Cromwell’s soldiers.
However an of betrayal in 1645 allowed the Roundheads to smuggle in their own soldiers into the castle, allowing them to attack from within and finally seized control. Later, under Cromwell’s orders they blew up parts of the castle to stop it becoming an opposition stronghold again.
Ever since this time a ghostly figure of a headless woman in white, believed to be the woman who betrayed the Bankes family, has been seen stalking the walls and battlements. She has been known to approach petrified visitors, only to then turn away and disappear!

Clouds Hill is the former home of T. E. Lawrence – “Lawrence of Arabia”, now run as a museum by the National Trust. People have reported hearing the sounds of Lawrence’s motorcycle approaching the cottage around dawn, coming to an abrupt stop. Lawrence, dressed in Arab dress has also been seen here as a ghostly apparition.

Read more about Cloud’s Hill at the National Trust

The Ghost Village of Tyneham

Tyneham really is a true ghost village! The small Dorset village was abandoned in 1943, during World War II, taken over for armed forces training. A letter gave residents just 28 days to leave, before Tyneham became a deserted ghost village. Time really has stood still at Dorset’s abandoned village and today Tyneham has been opened for tourists to visit.

Just to add to its ghostly atmosphere paranormal investigators have recorded whispering voices, unexplained screeching and even stones being thrown at them.

Read more about this ghost village on the Tyneham website

Claimed to be one of the most haunted homes in all of England. The 15th century Athelhampton house boasts several ghosts including the Grey Lady and Hooded Priest.

The house is also said to be haunted by a ghostly ape. Once a beloved pet of the resident family, it was accidentally bricked up alive in the Great Chamber. Called the ‘Martyn Ape’, it is believed to be responsible for the tapping noises that come from the wall where he was entombed. He also is reportedly seen in the Great Chamber, looking into your eyes.

Read more about this house on the Athelhampton House website. 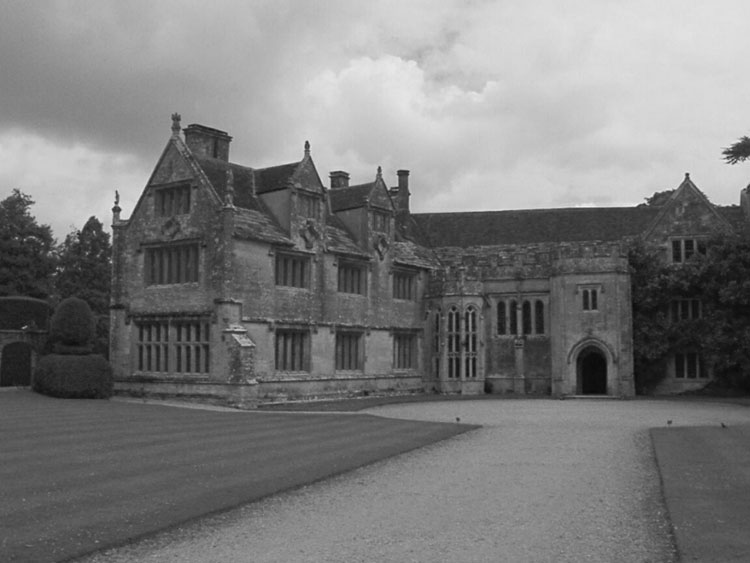 In 1929 there was a devastating fire at Lulworth Manor in Dorset. As firefighters attempted to put out they witnessed a woman screaming from one of the top floors but when they tried to rescue her, they realised that the floor which she should have been standing on had collapsed hours earlier. They had witnessed the ghost of the Grey Lady who has been haunting the castle for centuries.

The castle was fully restored in 1998 and is a popular visitor attraction. However, some visitors have reported feeling anxious and depressed, particularly in the kitchen area of the building. 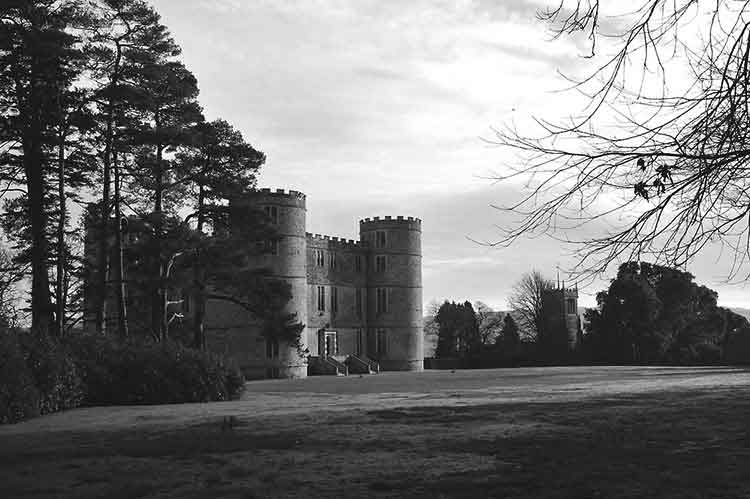 Spooky events near Wareham for Halloween!