Traditional music, folksongs and carols from the collections of the Dorset History Centre

The well-known Dorset music group, the Ridgeway Singers and Band, led by Tim Laycock and Phil Humphries, has been collaborating with the Dorset History Centre to bring to life old music hidden in its archives.

It is amazing what you can find in boxes that have sat on the shelf for a long time, and the History Centre has eight miles of shelving! The result is a unique concert at Lady St Mary Church, Wareham on the 8th October (there is also a concert in Dorchester on the 6th October and Poole on the 13th October).

The songs and readings will be the Ridgeway’s usual joyful, punchy performance, which have led audiences to applaud “brilliant, uplifting singing and terrific readings”. One special feature of the concerts will be songs by William Knapp, a notable 18th century composer who started out as a glover in Wareham, but later moved to Poole, where he became Parish Clerk of St James’ Church. The most famous hymn tune he wrote, still used today, was called “Wareham”.
The band will perform music taken from the music book of Benjamin Rose, a farmer and alehouse keeper in Okeford Fitzpaine, who collected numerous catchy country dance tunes in the early nineteenth century.
The singers will also perform songs taken from the Hammond manuscripts, which contain a large number of songs collected in Dorset. The two Hammond brothers collected nearly 700 folksongs in Dorset between 1905 and 1908, travelling purely by bicycle!
Add that to the well-known “Linden Lea”, plus a lovely musical setting of John Betjeman’s poem “Dorset”, celebrating Dorset’s wonderful place names, and you have the makings of a lovely collection of songs, music and readings – not to be missed!
Ridgeway Singers and Band concerts often sell out, so book soon! 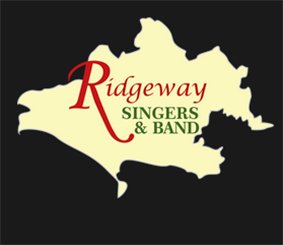