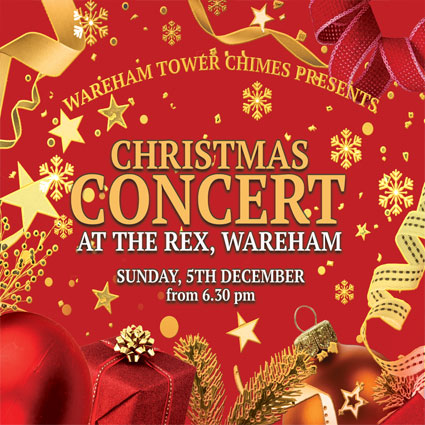 Get into the festive spirit and raise money for charity!

With the Wareham Whalers, John Barclay, Poole and Parkstone Singers at the Rex Cinema Wareham. Event, presented by Wareham Tower Chimes is raising funds for the Mayor’s charity – the Wareham Scouts & Guides as well as The Rex Cinema. Ticket price includes a selection of tasty light bites provided by The Italian Bakery.  Tickets will £10.00 for adults and £5.00 for children – on sale soon! Watch this space!! 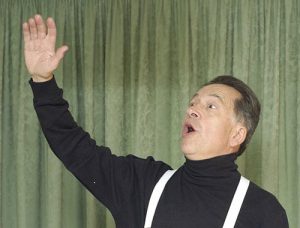 Over 60 years, John Barclay (a retired company speechwriter) has put on and appeared in shows, from plays to revue, from cabaret to song recitals; he has written poems, comedy material and a popular travel memoir.  One of the most creative members of the much missed Rex Players, John has continued to entertain Purbeck with his inventive humour.   He could find a laugh in an empty Sainsbury’s bag.
When he lived in London, John was resident compère of the Thames Valley Revue Club and, in the Wareham area, he has often acted as Master of Ceremonies.” 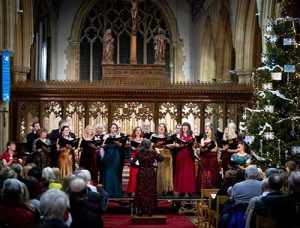 Since their formation in 1998, Poole & Parkstone Productions’ resident choir The Singers have become widely renowned for their eclectic and engaging repertoire. Under the musical direction of Jane McDouall, The Singers are known for their precision and close harmonies, performing at intimate functions, community events, festivals, proms and full concerts in venues across Dorset and the South.

The Wareham Whalers are one of Dorset’s successful shanty crews and have been entertaining audiences since 2004. They run a popular monthly folk night and host a regular shanty gig in their namesake and historic town of Wareham. They sing at shindigs and festivals through-out the year, and also run workshops to inform and entertain audiences about the ways crews sailed the tall ships.

You are also likely to see and hear them busking in the rural and coastal towns of the picturesque Isle of Purbeck and the beautiful Jurassic Coast. Since they started over 15 years ago, they have raised £1000s for Wareham and Purbeck Multiple Sclerosis Society, initially for a minibus, then for the annual maintenance of it. Now they are supporting the Purbeck Youth & Community Foundation.

Why not come and listen to the Wareham Whalers? They have in their repertoire over 120 shanties and songs of the sea…and they remember the words to most of them! The shanties are sung as if the crew were on board a sailing ship. They also really enjoy what they do and that is evident to all that come and see them. So, look where the Whalers are in the programme, go and see and sing-along with them, and have a great time!