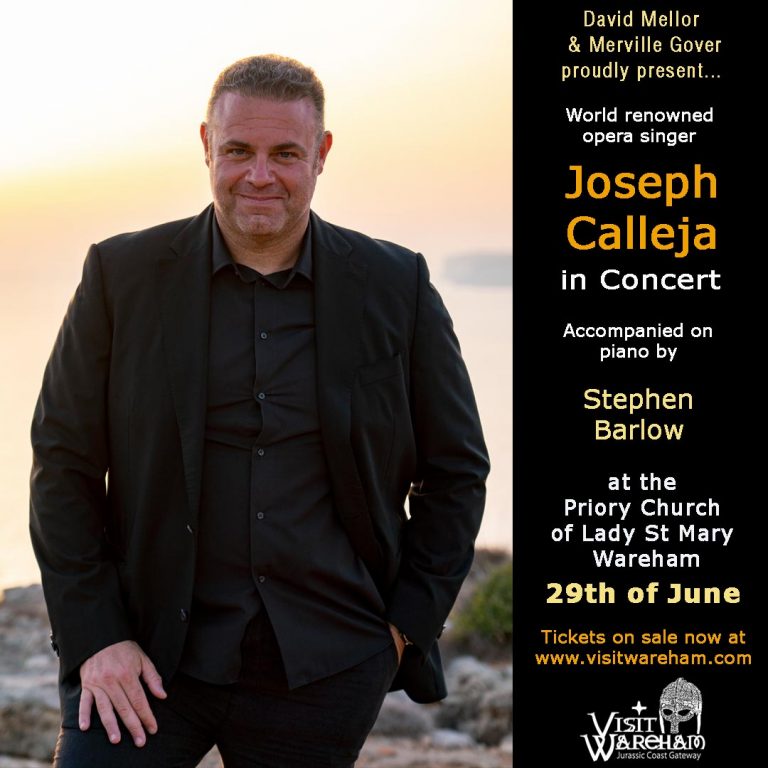 A truly unique opportunity for local people to come and see one of the most acclaimed and sought after tenors in the world! Maltese born Joseph Calleja’s frequent appearances on the world’s leading opera and concert stages has seen him hailed as ‘the most winning lyric tenor since Pavarotti’. 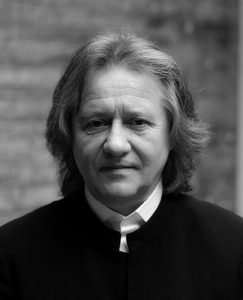 Accompanying Joseph on the piano will be Stephen Barlow. Stephen is also a renowned conductor, and is conducting Joseph in a forthcoming opera at Grange Park Opera, Surrey, in May, alongside Bryn Terfel and Simon Keenlyside!

The concert will be on the 29th June and will raise funds for the benefit of our wonderful Priory Church of Lady St Mary in Wareham.

Parking: There is limited parking in front of the church as well as at the Quay,St John’s Hill and Connegar Lane. However, larger car parks are in easy walking at Howards Lane and Streche Road

Seating: Note that we cannot offer allocated seating, so please arrive early. We expect this concert to be extremely popular please book now to avoid disappointment.

Tickets: Price is £30.00. You can buy online or purchase in person from A.F. Joys Menswear Shop, North Street, Wareham.  If you have any ticket queries please call Visit Wareham on 07756 784027.

“Only one lyric tenor on the scene today has the honeyed tone and ingratiating style to make comparisons to Pavarotti and Gigli seem serious, and it is Calleja, the man from Malta, who … is now maturing into an artist of the first rank.”

Blessed with a golden-age voice, Maltese-born Joseph Calleja has quickly become one of the most acclaimed and sought-after tenors today. His expansive discography and frequent appearances on the world’s leading opera and concert stages prompted NPR to hail him as “arguably today’s finest lyric tenor,” and led to his being voted Gramophone magazine’s 2012 Artist of the Year. A Grammy-nominated recording artist for Decca Classics, he has released five solo albums for the label.

Calleja appears extensively in concert throughout the world, singing with leading orchestras at summer festivals, including Salzburg, and in outdoor concerts in front of tens of thousands of people in Malta, Paris, and Munich. He was the featured soloist at the 2011 Nobel Prize Concert in Stockholm, was selected by the Maltese president to perform a private concert for Queen Elizabeth II and Prince Philip. After co-headlining 2012’s Last Night of the BBC Proms, Calleja returned to the London festival in 2013 for a gala performance at the Royal Albert Hall and an open-air concert marking the Last Night of the Proms in Hyde Park. The video above shows Joseph wowing the No. 1 court at Wimbledon with a rendition of Nessun Dorma (May 2019).